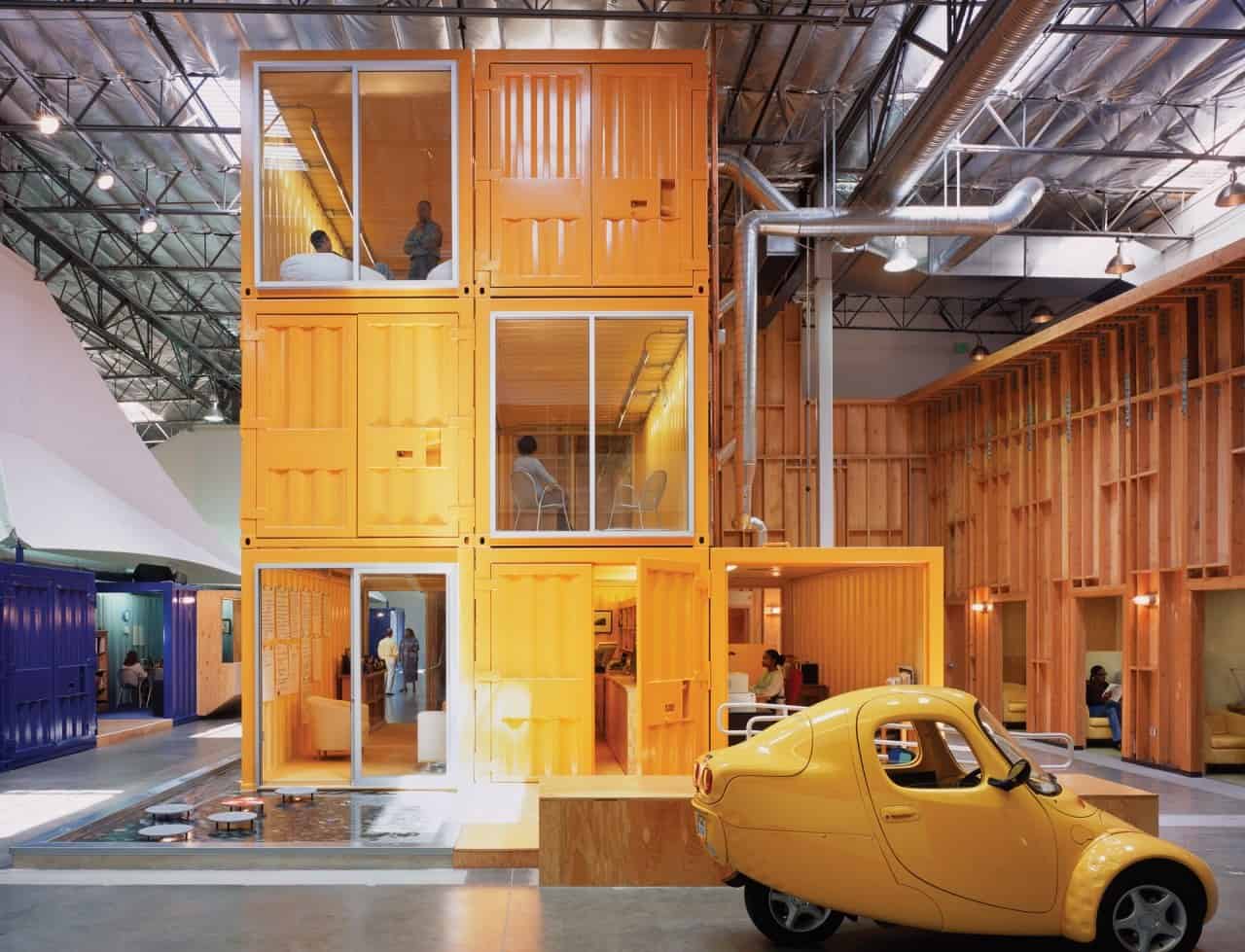 Hidden away from the glitz and glamour of the Hollywood Hills is situated the warehouse which houses Pallotta Teamworks – a charity event company which creates multi-day event concepts aimed to challenge participants to work hard for a charity they deeply care about.

Pallotta’s ethos is centred around doing good. Doing good whether it be to people or to the planet, and this ethos was central to creating an eco-friendly, efficient yet exciting office workplace.

In 2002, after years of working in cramped, chaotic and cut-off office spaces a new 47,000 warehouse was sourced located in the northeast neighbourhood of Los Angeles – Atwater Village. The proposition for the project was to create an inspiring and exciting headquarters, created on what can be described as a shoestring budget – $2 million dollars, as equivalent to $40 per square foot. Projects of similar dimensions and degree would cost on average $80 per square foot.

To go ahead and design and build the space Pallotta hired the firm Clive Wilkinson & Associates. On the firm receiving the preliminary budget, it was concluded that the budget was so insignificant that air-conditioning and heating in the space was simply not an option. Not letting budgeting complications regarding heating and air-condition disrupt CWA’s extreme creative flair, a design was proposed which created ‘breathing islands’ or which can be best described as seven white tented villages which contain air-conditioning systems that help to reduce the cost of cooling down the whole area.

The main office areas, breakout areas and conference rooms were placed into large shipping containers painted in bright colours to stimulate and energize employees. The aim of the design was to stay as natural, sustainable and unconventional as possible, therefore the design showcased raw exposed lumber, stainless steel pipes, large sky lighting and incorporation of a small yet effective ‘pond’ area.

Though the project was reliant on a shoestring budget for the work required, the project demonstrates an incredible representation of the company’s ethos – doing good. The noteworthy scheme is a true representation of the company celebrating responsibility, sustainability and eco-friendliness. Pallotta has received honour and attention, not just through media outlets but also through a variety of national awards. 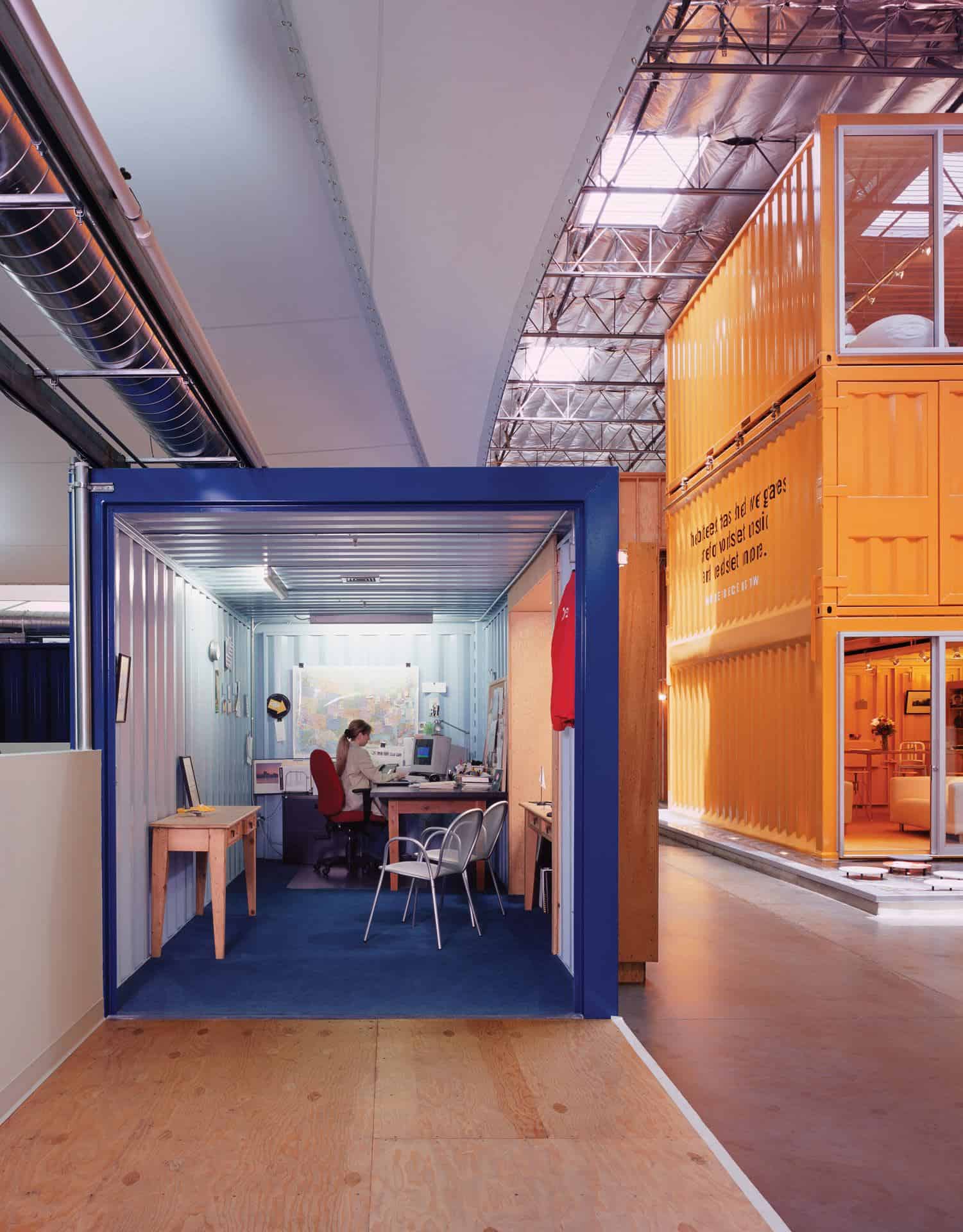 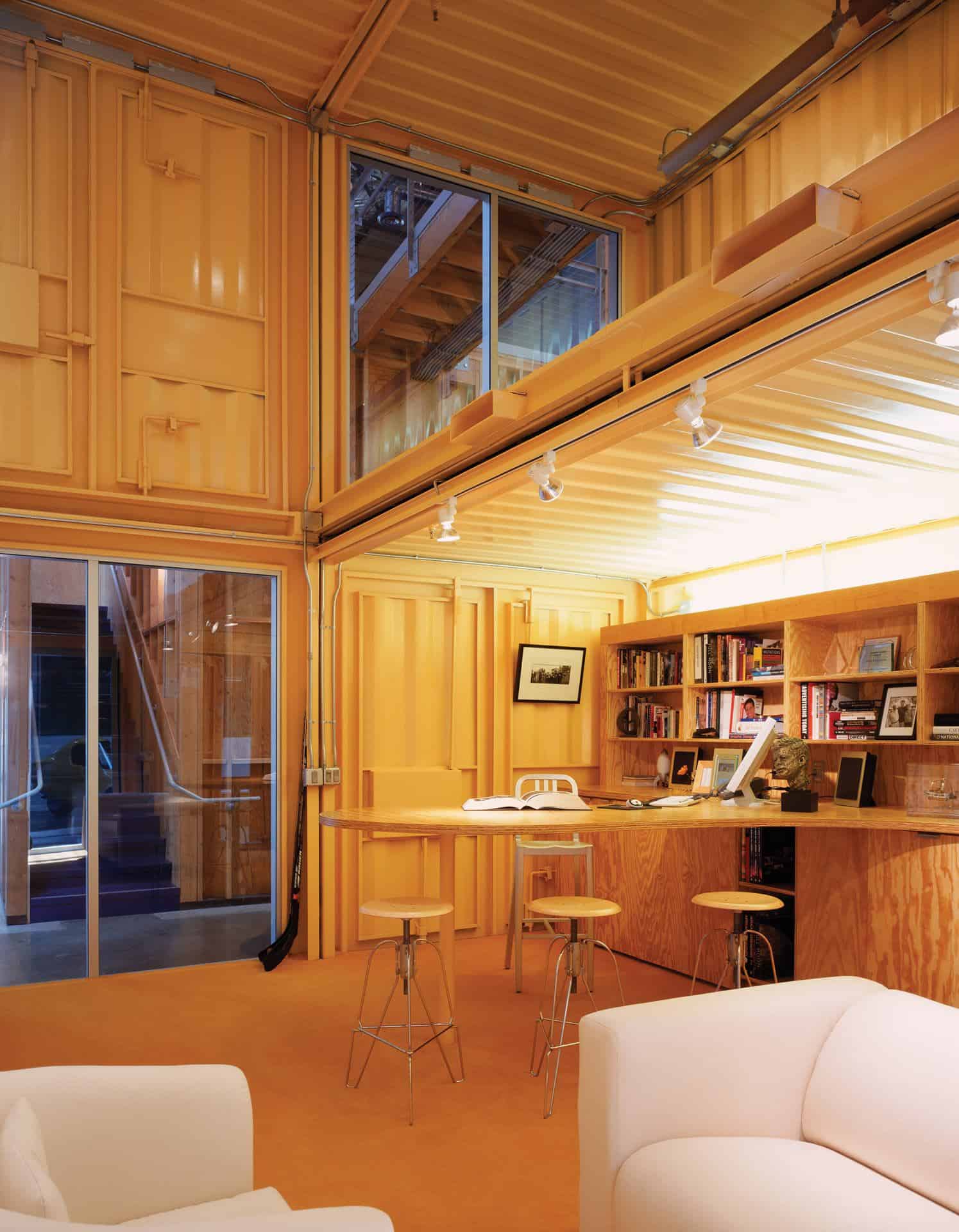 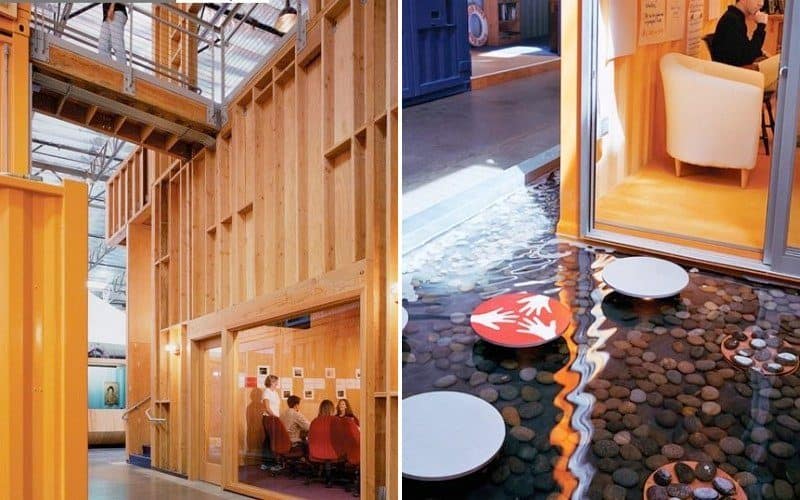 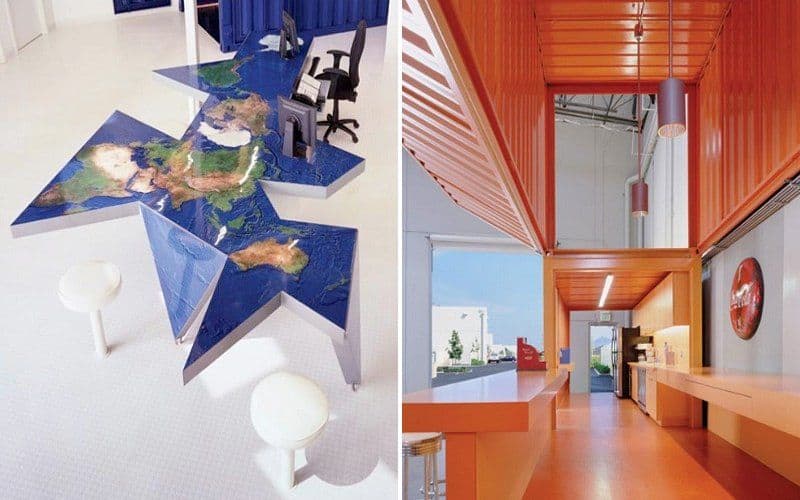 Whether you are struggling with the limitations of an existing office set up or are about to move to new premises, ask...

Discover the secrets to mastering office partitioning from office experts, Meridian Interiors Ltd Not all offices will be...