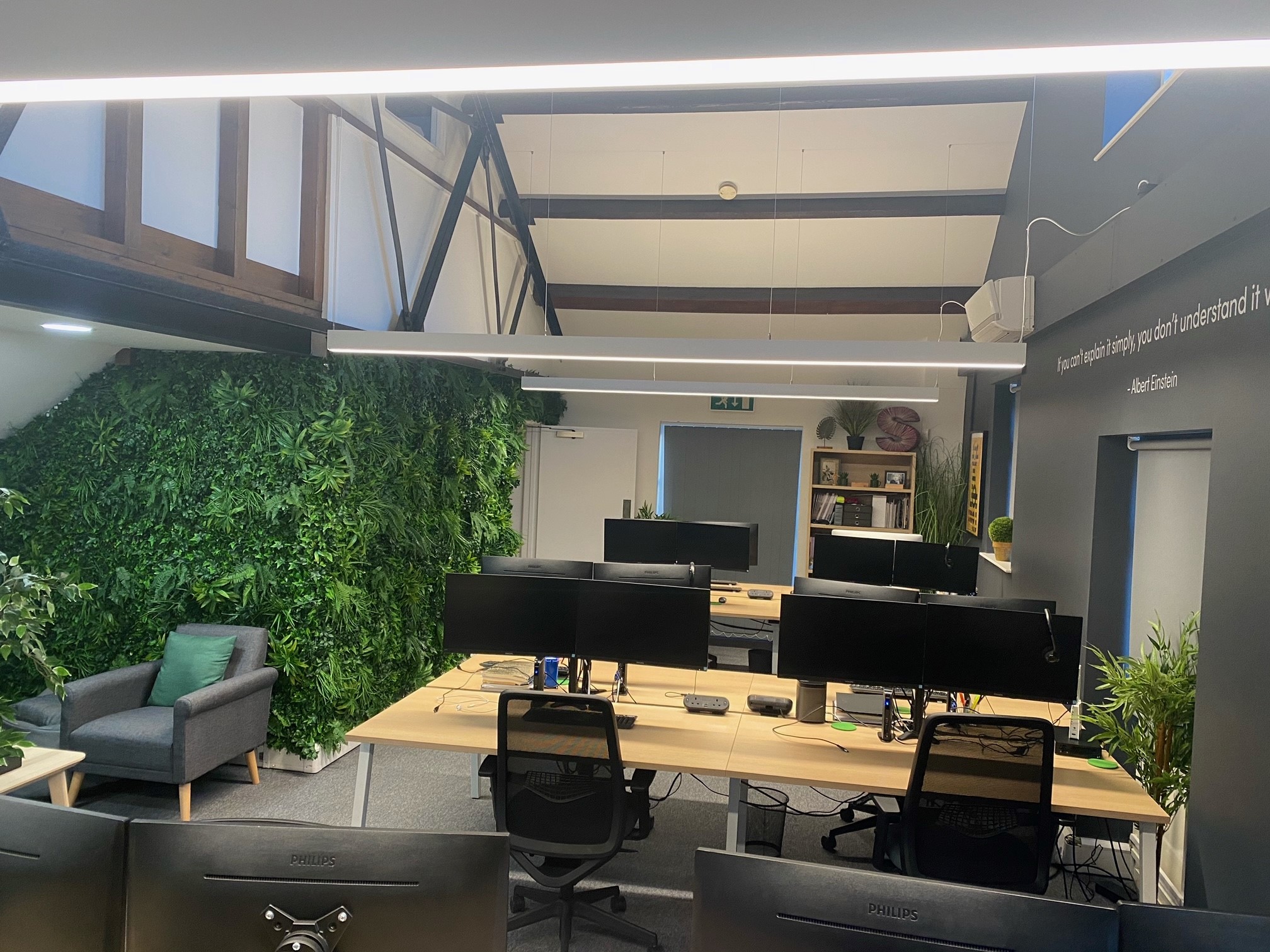 Office workers’ favourite artists and songs to listen to while working

It is scientifically proven that listening to music can boost your mood, productivity, and focus, so it’s no surprise that office workers around the world are impartial to some tunes while they work. But deciding what artist, playlist, or genre to listen to in order to keep all of the team happy is probably one of the biggest office debates there is! After all, music taste can be quite personal.

The office design experts at Meridian Interiors have decided to go one step further than layout and decor this time and delve into acoustics too!

We have decided to settle the discussion once and for all, by revealing the ultimate office playlist to suit all ages and tastes at work. We’ve crawled and analysed Spotify for office playlists to find out which songs are most popular in an office environment, and can reveal the winning tracks and artists…

The most popular songs for work listening

HR teams can rejoice; no longer will colleagues be shouting “next” or fighting for the Sonos control, as this final list of songs are what tick the boxes with most teams around the UK, and it looks pretty encompassing for all genres and tastes.

From soothing Ed Sheeran melodies in Shape of You, through to Van Morrison’s easy listening Brown Eyed Girl, and on to TOTO’s classic Africa; these songs featured most across 100+ office-related playlists, so are the biggest hits for the workplace.

The most popular and office-pleasing song to have on in the office – according to the study – is Train’s Hey, Soul Sister.

The most popular artists to listen to in the office

An interesting concoction of genres can be found when we look at most popular artists. With a mix of modern pop with classic rock; our favourite artists to listen to at work really include something for everyone.

Taylor Swift topped the charts, with her tracks featuring in a whopping 276 playlists! She was closely followed by Ed Sheeran, The Beatles, John Mayer and Coldplay.

How to choose the right music for your office

Our managing director, Paul Dawson comments on the findings: “It’s great to see such a mixture of songs in the ultimate office playlist. This has been a fun study to do, and one for our team to listen to when we are doing office re-fits too!”

When considering speakers and music for your team, Paul also urges employers and business owners to consider acoustics in offices too: “Many modern offices are designed using an open plan layout and for good reason, as this type of space is ideal for building staff relationships, collaborating on projects and making all staff approachable. However, with the considerable size of some open plan offices, the noise within these spaces can reverberate across the workplace, creating a distracting environment to try to work in.”

“We often advise on carpet tiles, ceiling coverings or pads, and booth and partitioned areas for quieter spaces and to minimise echoing. But when music is concerned, business owners should also consider where to place speakers to not counteract this. We recommend several wall-fitted speakers to avoid noisier sections and to discreetly add background music without it being too much of a focus – or causing debates on what to play!” Paul adds.

We collated a list of over 40,000 songs from user-created Spotify playlists that had a reference to office in their titles. We searched for playlists that contained the word “office” and found over 100 such as ‘Your Office Stereo’, ‘Office/ Work Playlist’, and ‘Office Playlist 2021’.

The Essential Guide to Planning an Office Refurbishment

The Essential Guide to Planning an Office Refurbishment

As an office fit out and refurbishment company, we wanted to put an all-encompassing article together to assist our readers...

May 13, 2021 Fit OutInteriorRefurbishmentTips and Advice

It’s about Quality: We are proud...